The world’s top food technologists have given their approval to SugarLike™.  NutraEx conducted the Chocolate Challenge contest at the IFT conference in New Orleans in June 2014.

The problem with STEVIA

Food manufacturers who make products sweetened with plain stevia,have to overcome the bitterness of even highly purified reb-A, and the lingering aftertaste that consumers dislike. 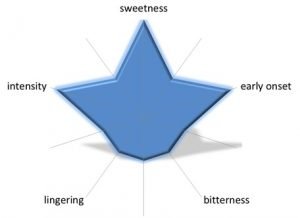 There’s another problem with using stevia as a sweetener. Even though stevia has a clean, fresh sweetness; it still lacks much of the robustness of sucrose. I mean, the sweetness profile of stevia is a sharp increase followed by an equally sharp decline. It looks like this time series image. 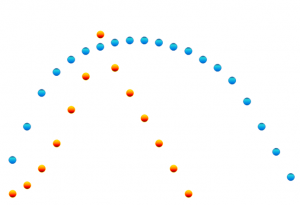 The blue dots show the rise and fall of sweetness from sugar. The orange dots represent stevia reb-A sweetness.

However,the SugarLike sweetness curve is just like the sugar. We have created a zero calorie natural sweetener that tastes like sugar, without the calories and with zero sugar. You cannot taste any bitterness from the stevia and there is no lingering aftertaste.